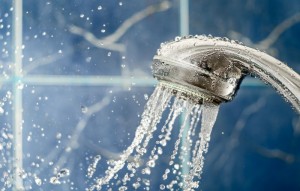 Last time we discussed the definition of hard water and the adverse effects it can have both on a person and inside their house. In this article we will discuss soft water and whether you should soften your water or not.

What is soft water?

In its naturally occurring form it is surface water that contains a low concentrations of ions, particularly low in ions of calcium and magnesium (the opposite of hard water). It also refers to water treated by a water softening process, either through the introduction of sodium, potassium, or reverse osmosis. Because it has few calcium ions, it doesn’t interfere with soap, no soap scum is formed, and it doesn’t leave calcium deposits in water heating systems.

Why wouldn’t I soften my water?

In most cases sodium is added into the water. In the case of particularly hard water, per quart of treated water you have less salt content than a slice of bread, which isn’t a problem for most people unless they are on a sodium-restricted diet. One alternative is introducing potassium chloride into the water instead. Salt is a popular choice because it is cheaper than potassium chloride.

If you’re thinking about adding water softener systems to eliminate your hard water problems, contact Sci-Chem Water Treatment at 407-301-4655 and have your water tested today!